The Citrix Universal Printer is a generic printer created at the beginning of a session that is not bound to a printing device. The Citrix Universal printer can be used with almost any client printer. The client printer used is the default printer on the client, changing the default printer on the client changes the printer that is used. A preview can be configured 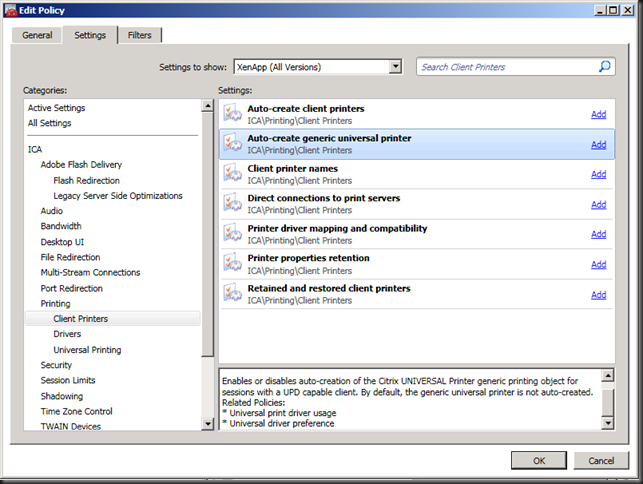 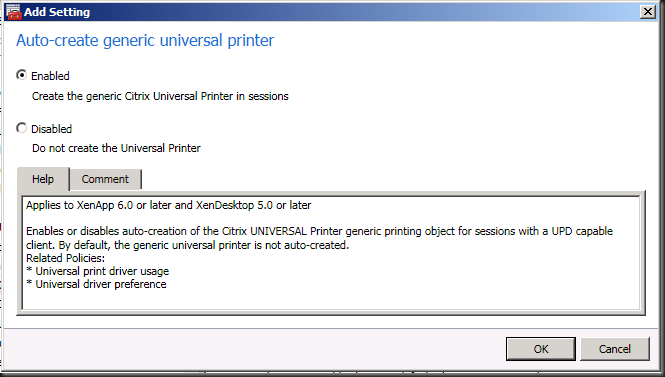 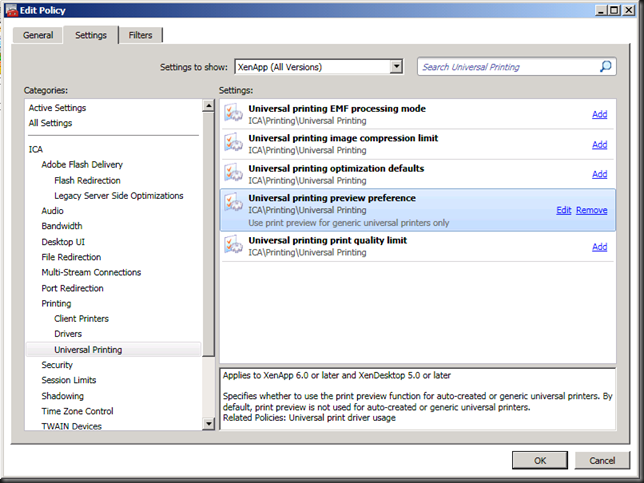 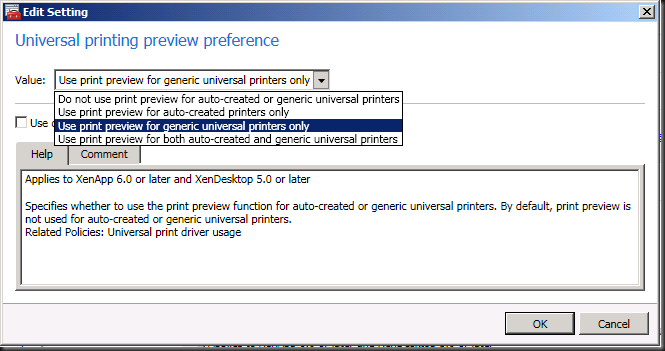 This is what the user will see if Preview is enabled, from this preview window, the user can select a different printer. 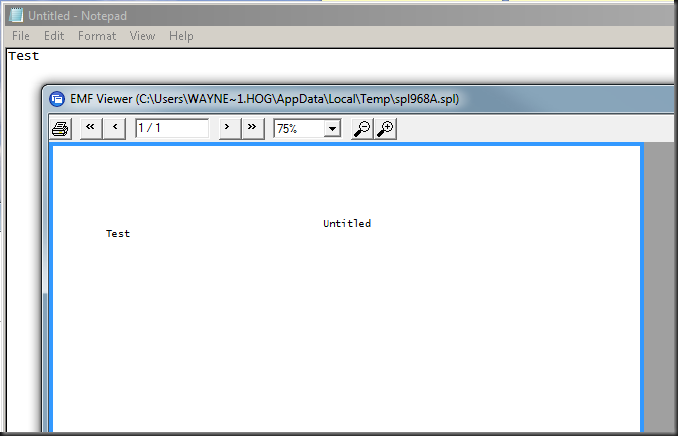 To keep the number of drivers installed on XenApp Servers and XenDesktop Virtual Desktops to a minimum, the Citrix Universal Print Driver should be used whenever possible. Then deploy the printer drivers to the endpoints only.

The EMF Driver should be used wherever possible, instead of the XPS Driver as EMF offers better support and optimisation of the print stream. This recommendation may change as XPS matures.