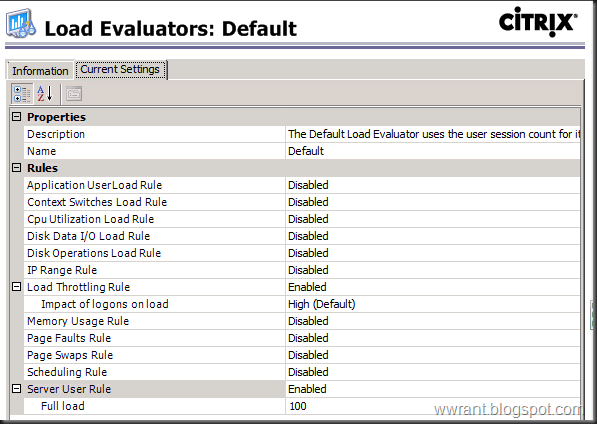 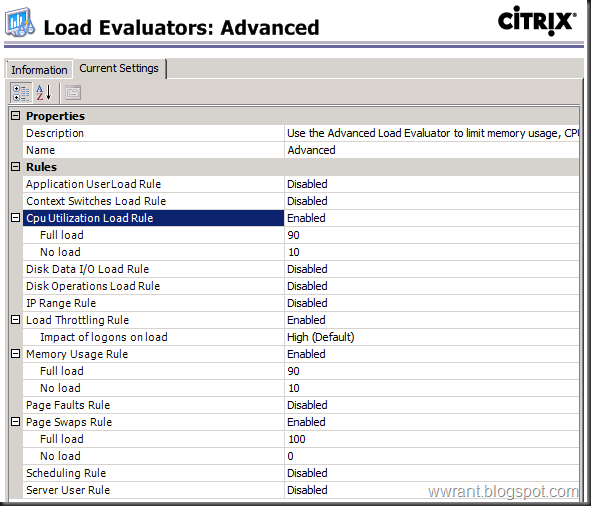 Each server and each application on the server can have a load evaluator assigned to it. Load Evaluators are assigned via Citrix Policies. 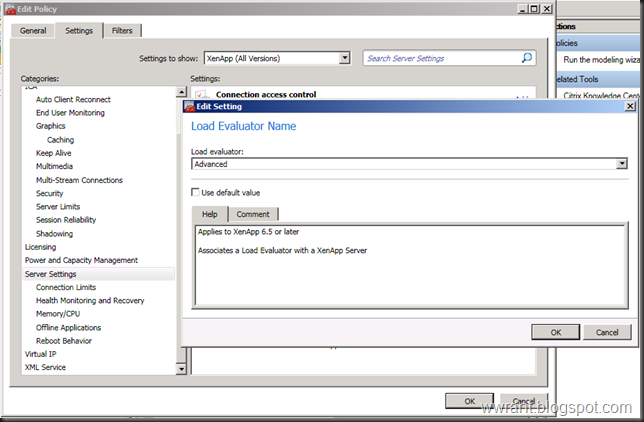