I recently designed a new server that I will use as a Hyper-V virtualisation host to run my home study lab. The server is made up of the following parts:

I picked a really low-end graphics card and a high amount of RAM so the build would suit virtualisation and NOT gaming. 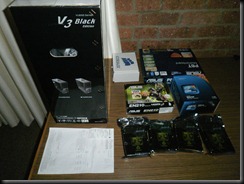 I started the build by opening all the components and laying them out to make sure everything was correct. 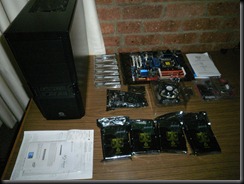 Then I opened the case and inserted the back panel, ready to install the motherboard. 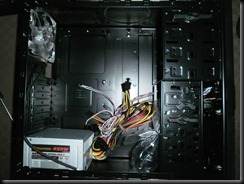 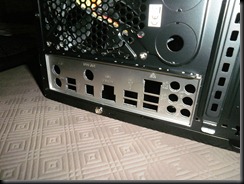 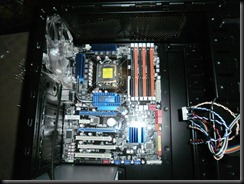 Then I installed the CPU and heatsink. The CPU is really easy to install and is identical to the XEONs i have installed at work. The lever system and pins on the board instead of the CPU are both great. The heatsink is also easy to install, I chose to install it in such a way that I can completely unwind the power cables from the heatsink. 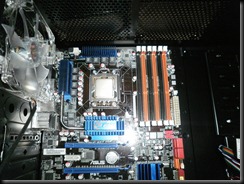 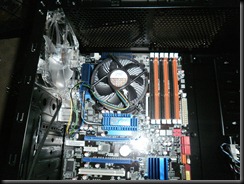 Then I installed the memory, this is the most RAM I have ever installed in a computer of my own. My current server has recently been upgraded to 6GB of RAM and this dwarfs that with 12GB installed now and upgradable to 24GB at a later stage. 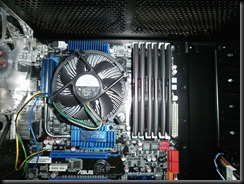 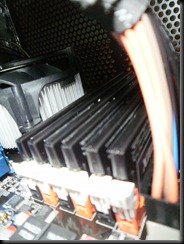 Then I installed the 4 hard drives into the motherboard. Note they have been changed since the image below. I had to move the drives from port 0 and 1 to the other ports so the computer would recognise them. Also worth noting that the case I’m using only comes with 3 sata power leads so I had to use one adapter to connect all four drives. 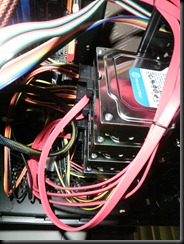 Then I tidied up all the leads before putting the case back on to fire it up. 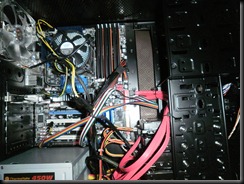 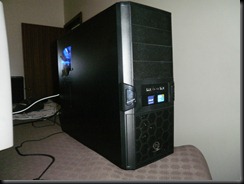 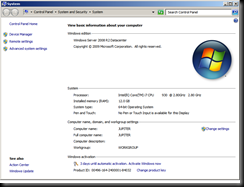 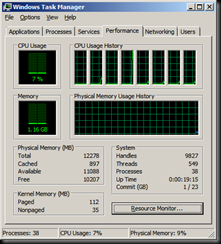 Showing all 12GB of RAM, the processor speed looks good. The Core i7 processor displays 8 virtual cores to the Operating System, but there are actually only 4 cores.

Server build complete. Installed drivers, Hyper-V and the Desktop Experience pack to pretty it up a bit.