February 15, 2008
I know it's a little early to start comparing two games that have only just been announced and yes I know StarCraft 2 has been around for a little longer. I'll start with what I know, and then I will make an educated guess.

The StarCraft 2 announcement was surrounded by a whole lot of WOW! They started a countdown on the Blizzard website and went to Korea in front hundreds of die hard StarCraft fans and announced the game with a CGI video (that rocked) and showed off some game play.

The Red Alert 3 announcement was made on a Command and Conquer 3 vodcast by two very annoying people. No game play footage was shown, no full motion video or CGI.

The StarCraft 2 website is a masterpiece, it really is. The design is stunning. It's a well crafted mix of Flash animation, CSS and XHTML. The background at the bottom of the site is enough to say "Hey that's neat".

The Red Alert 3 website looks to be a table-based design with a terrible use of colours, fonts, massive bold links... It looks like something a trainee could whip up in a day or two with Photoshop and Microsoft FrontPage.

Blizzard has a history of great games. StarCraft, WarCraft, and Diablo - They all rock! I even played World of WarCraft for a while and I hate RPGs...

EA Games makes average games that require ridiculous system specs and have terrible online and LAN playability. The Red Alert franchise has had it's ups and downs, Red Alert - The Aftermath being the up and Yuri's Revenge being the down.

We will play Red Alert 3 when we are sick of playing StarCraft 2. We will walk away gloating about our Carriers and Battle cruisers while we discuss what Red Alert 2 could have been. 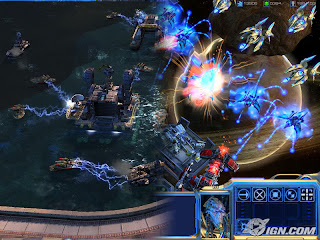 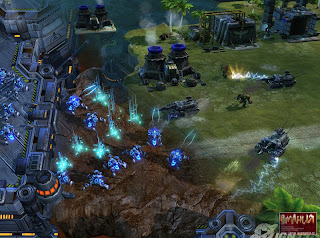 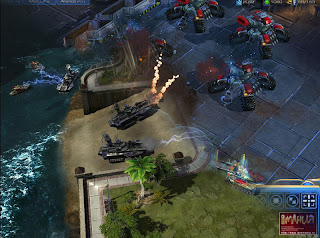