As much as I hate Nintendo... 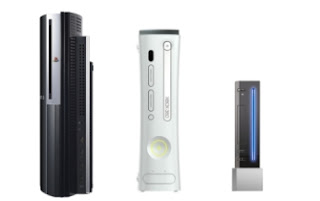 As much as I hate Nintendo, king of gimmicks and Microsoft, king of doing whatever they want, the latest console war has forged some exciting times. Sony is attacking the gaming market like never before. They have launched PS3 titles in every genre and even invented a few new genres while they were at it. The PlayStation 3 has everything the other consoles have and they are giving away heaps of free stuff on the PlayStation Network, all this while the PlayStation division posted it's biggest quarterly loss ever. Competition makes corporations do some amazing things.


The PlayStation 3 has games for everyone:

I will never have a Microsoft of Nintendo console under my TV while PlayStation exists, but I am happy for Nintendo and Microsoft to keep making consoles 'cause it keeps Sony on their toes.
PlayStation Playstation Network PS3