May 20, 2007
I took 3 days off this weekend, needed a rest before a weekend of installing a new server at one of CTC's offices.

On Friday Sony had the SGD (Sony Gamers Day). There were plenty of promising titles shown. On the PS3 the best were Heavenly Sword, Uncharted: Drakes Fortune, and Little Big Planet. On the PSP the best were God of War: Chains of Olympus, SOCOM Tactical Strike, and Pursuit Force: Extreme Justice.

On Saturday I was on the edge of my seat all day with the impending announcement of StarCraft 2. I spent most of the afternoon in the StarCraft Legacy chat room. IGN had constant updates throughout the event, and I reckon I refreshed that page every 2 minutes for over 3 hours. Anyways StarCraft 2 was announced and the website is up. StarCraft 2 is looking great, and I have heard they a shooting for a October '07 release! How awesome! 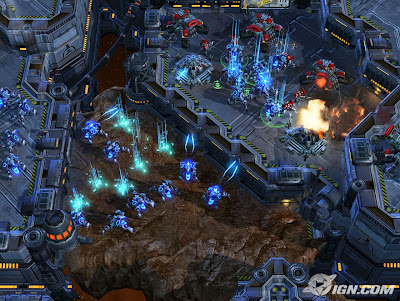 Stalkers terrorise a Terran base with their 'blink' ability. 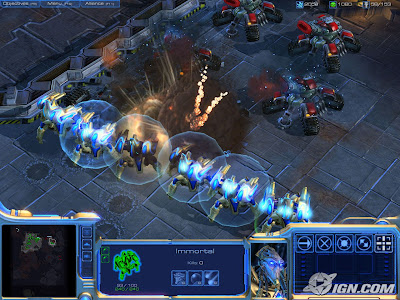 Immortals are perfect vs Siege Tanks , but small arms own them, kinda odd, but a nice idea. 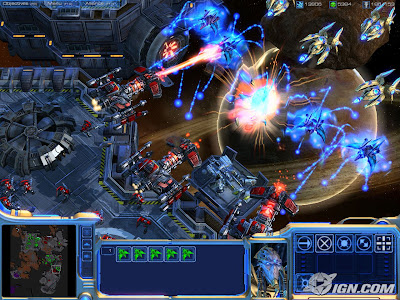